This small city in New Mexico which calls itself The Town of Silver City?  was not high on our list of priorities, we needed a place to stay between Tuscon and Santa Fe that was close to the Gila Cliff Dwellings. We hadn't done any research apart from finding a hotel. Silver City surprised us and proved to be one of the real highlights of this road and hiking trip.

If you travel in the USA you'll eventually come across towns that have been given the Disney makeover, Tombstone and Silverton come to mind. Re-creations that exist only to capture the travelers dollar, Silver City though actually lives and breathes. The main street is straight out of the 1950's and the back streets have beautiful old homes and cars that are being lived in and driven. At 6.00am people start to appear, real people. Shops start to open, joggers and dog walkers pass by, all of them  nod or say good morning. 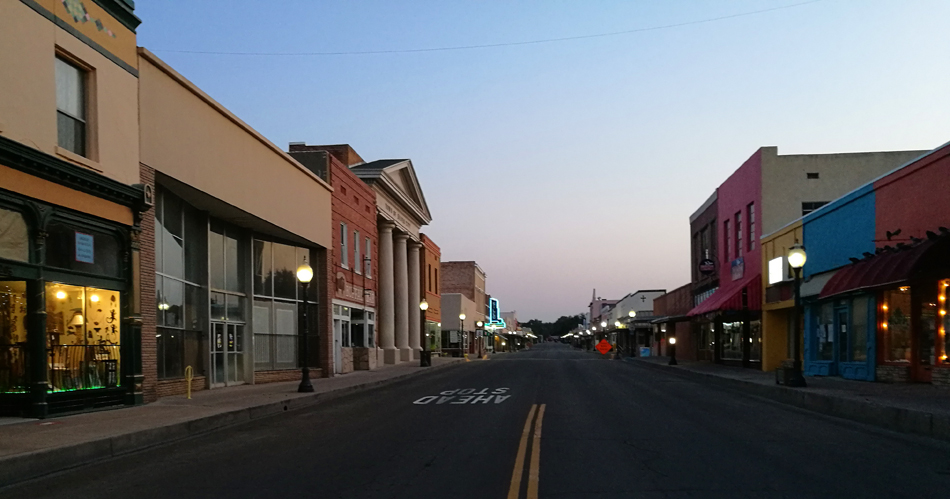 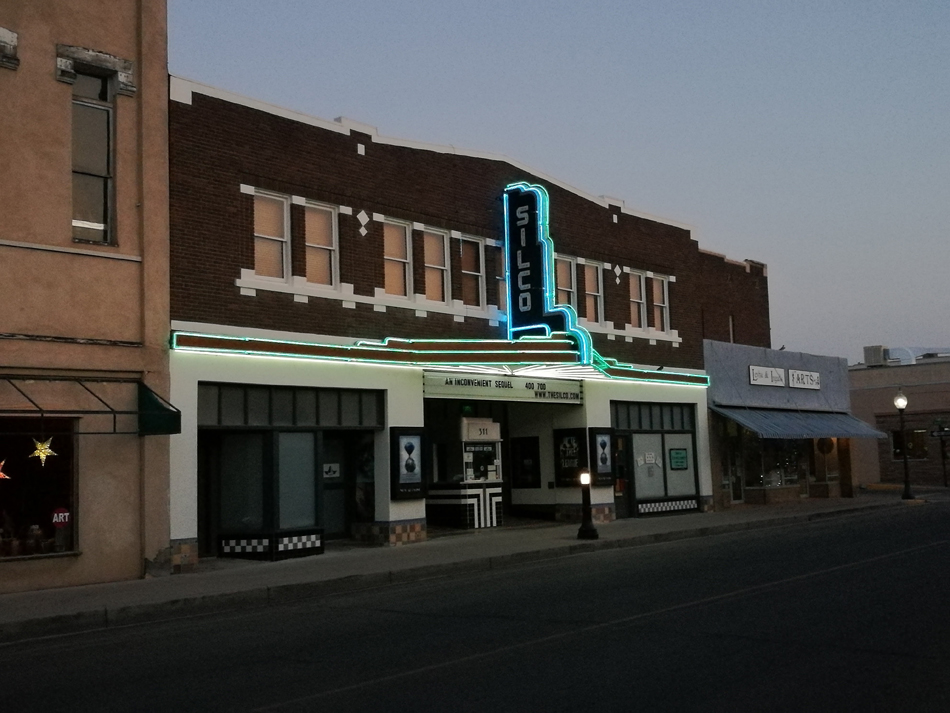 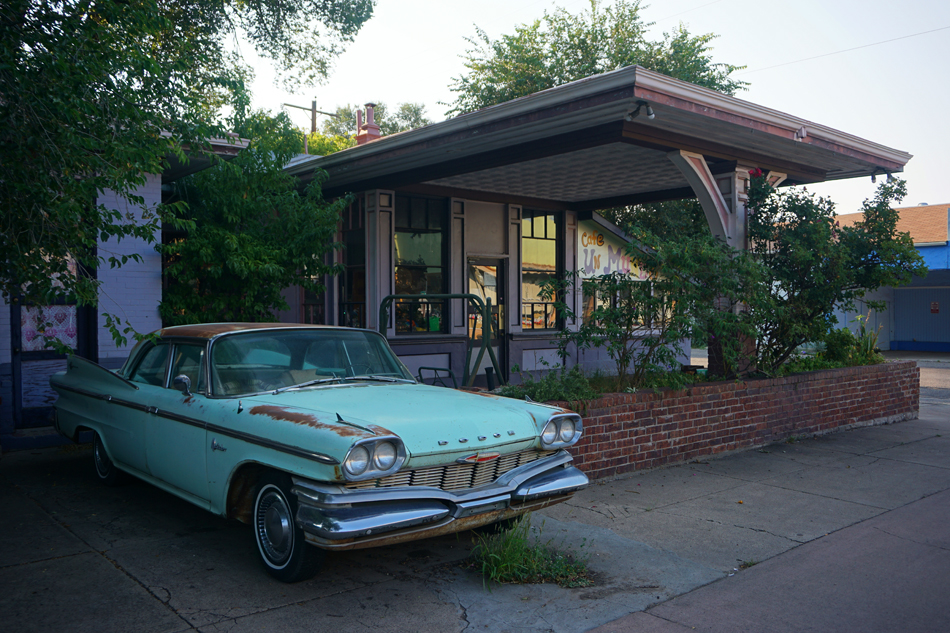 New Mexico really likes to use bright colours, Silver City is no exception. 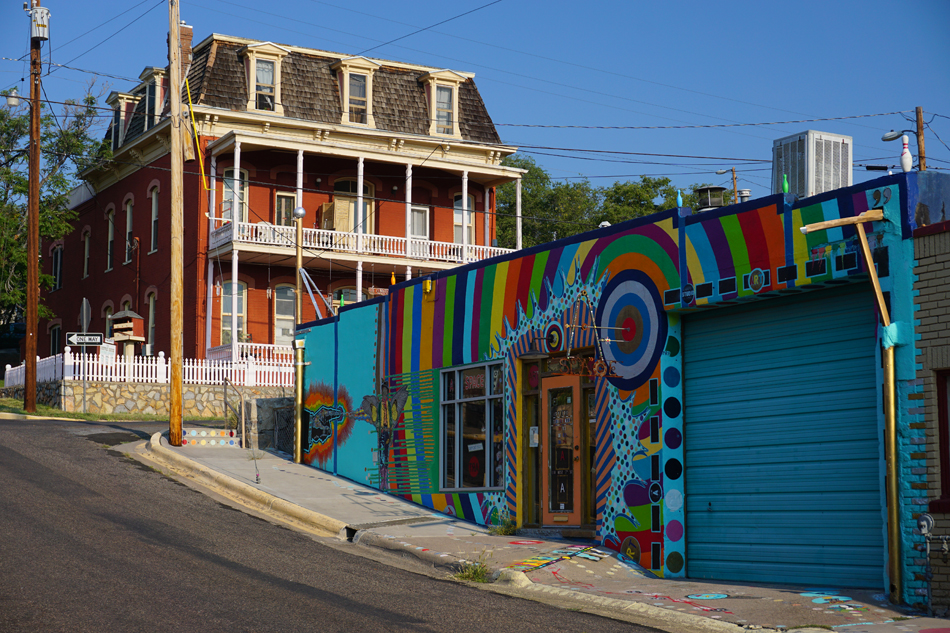 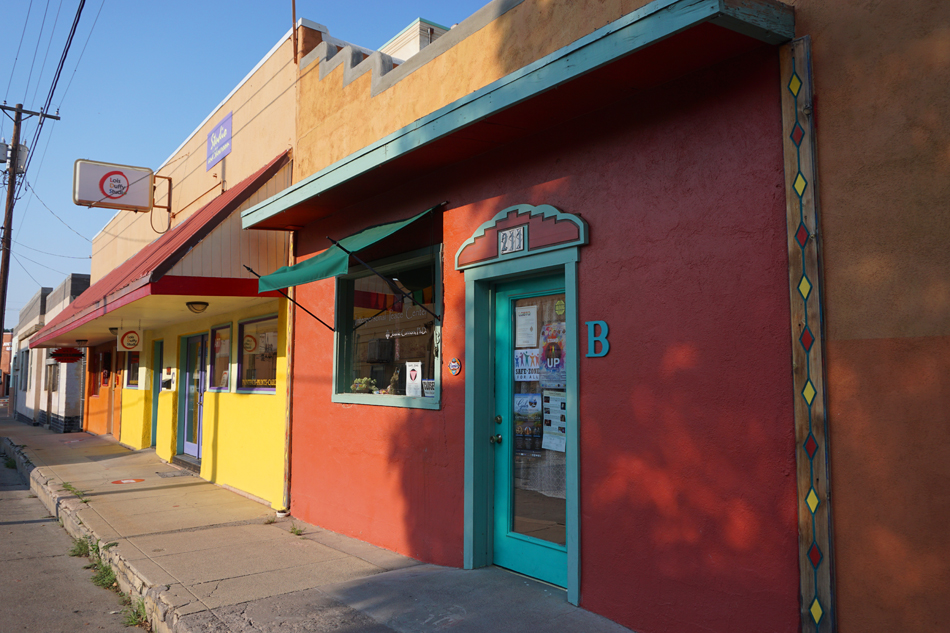 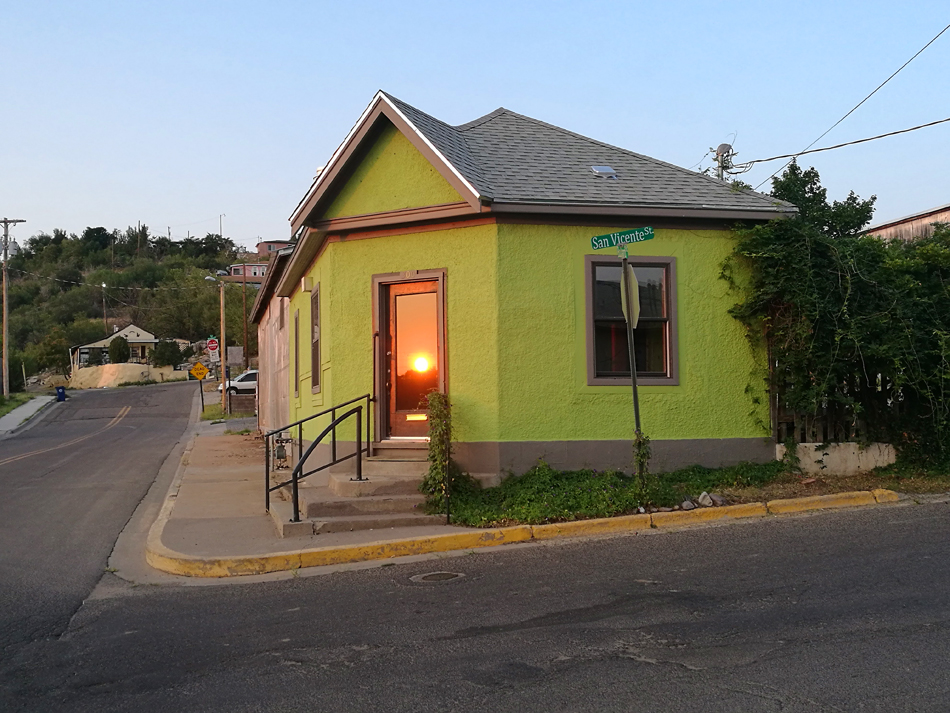 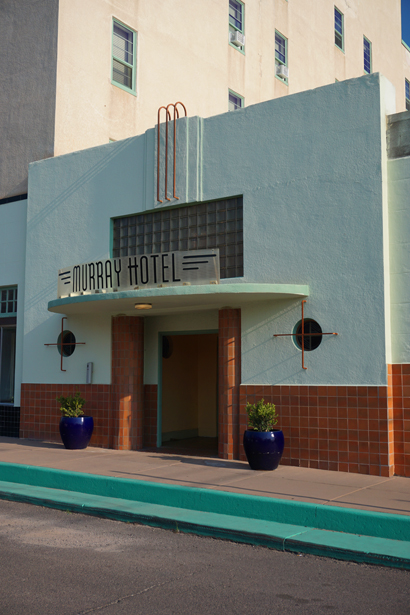 One of the great things about traveling is that you don't always know what you are going to find around the next bend or in the next town. This small part of the USA really fits into that category. 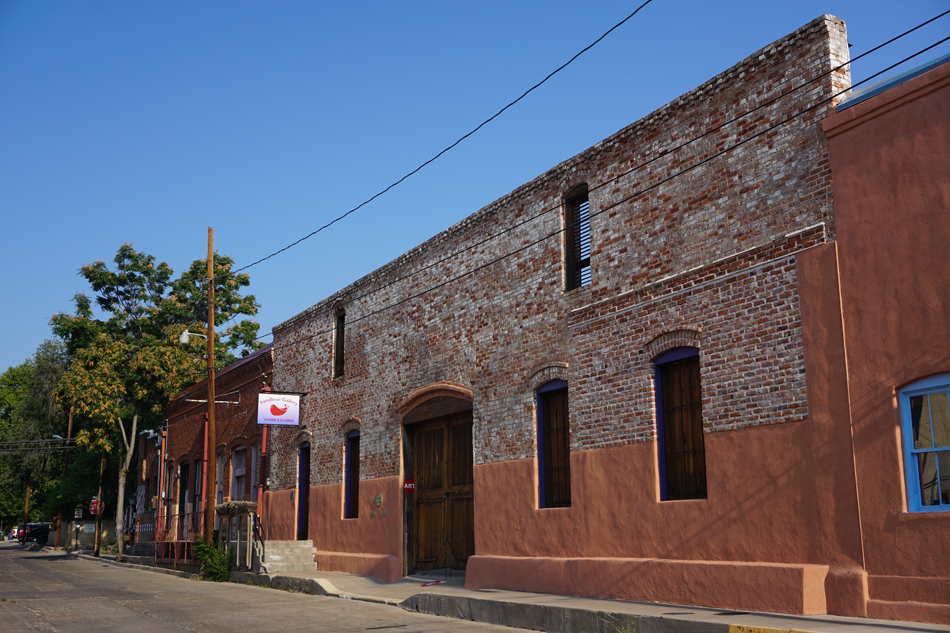 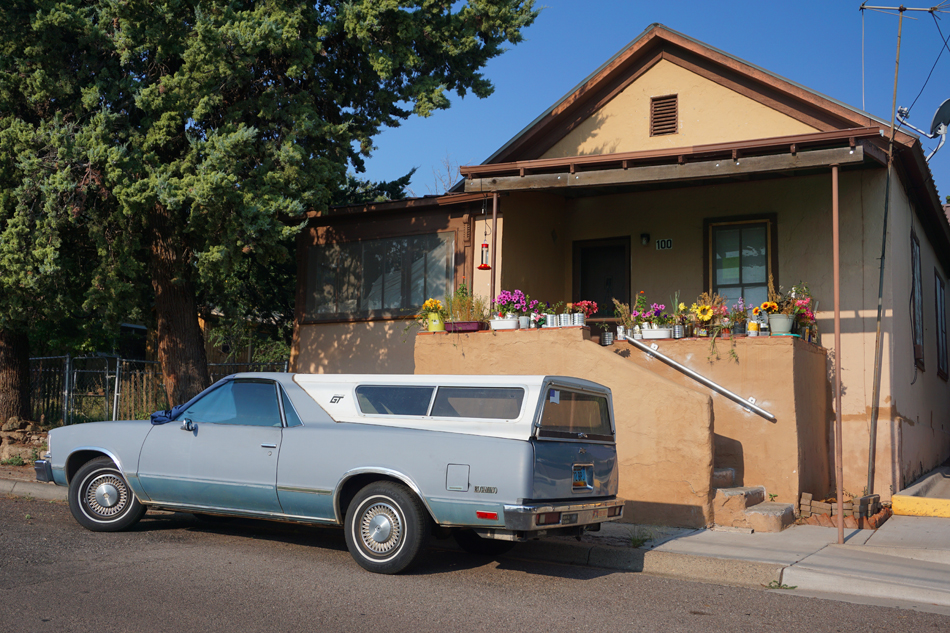 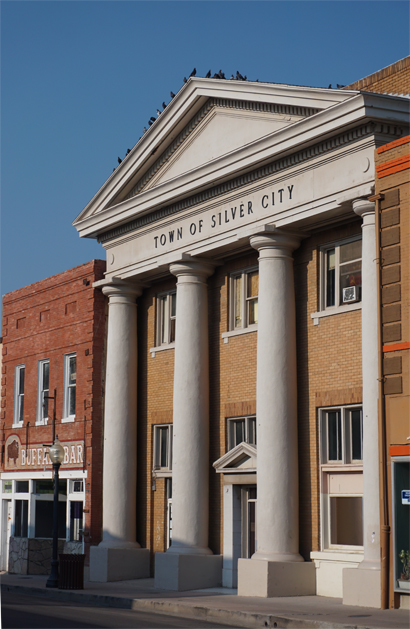 After flying into Phoenix and spending the night there Tuscon was our next stop. We had flown from Sydney via Auckland and L.A. total traveling time to Phoenix was 24 hours. We spent the extra and flew Premium Economy, after doing that for the past few overseas trips I will never go back to long haul economy class. A nights sleep in Phoenix and we were refreshed and ready to put in a full day.

Tuscon was an unknown quantity, we planned to visit both East and West Saguaro National Parks and The Boneyard but that was the extent of our forward planning. It was hot, very hot when we arrived, around 106 F. We decided that next day we would drive up to Mt. Lemmon to escape the heat, it was much too hot to hike in the parks. Mt Lemmon was a real surprise, beautiful alpine scenery and shady hikes through the pine trees.. The 29 mile road to the top results in a 5000ft. elevation gain, the road was packed with hundreds of super fit cyclists on their weekend training rides. Very impressive. We did a short 5 km. hike on the Box Camp Trail, a nice way to get the body into the new time zone. 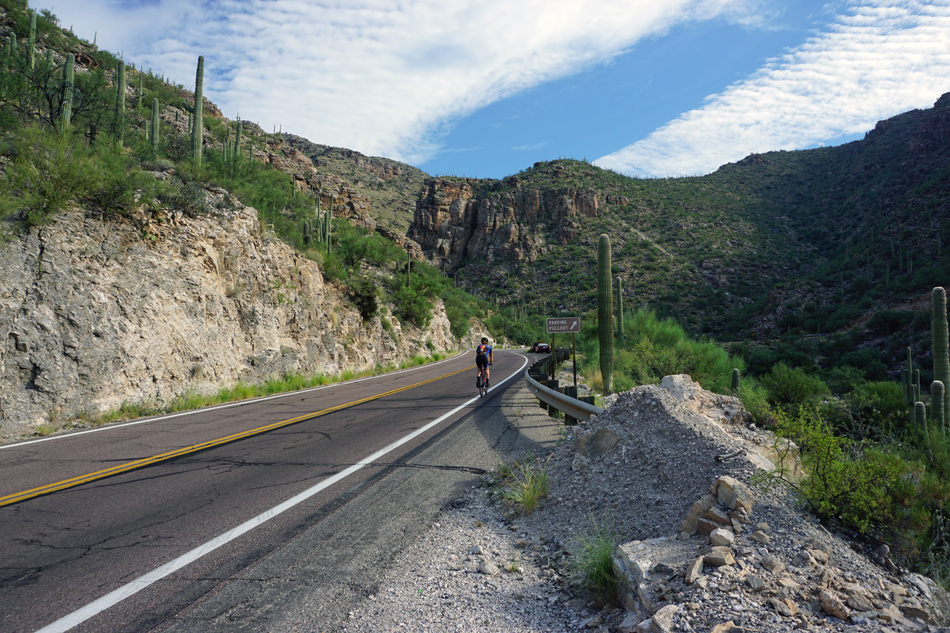 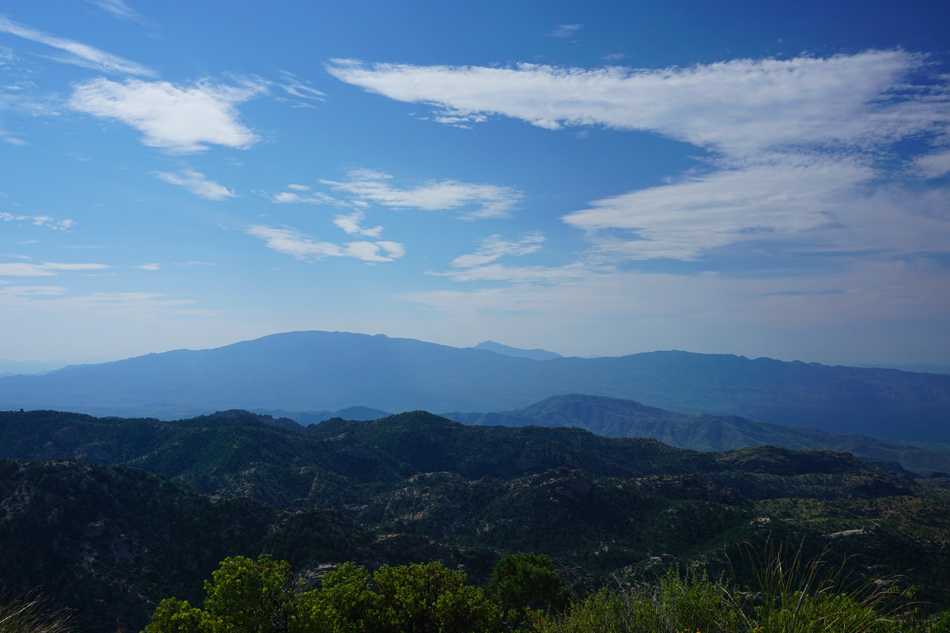 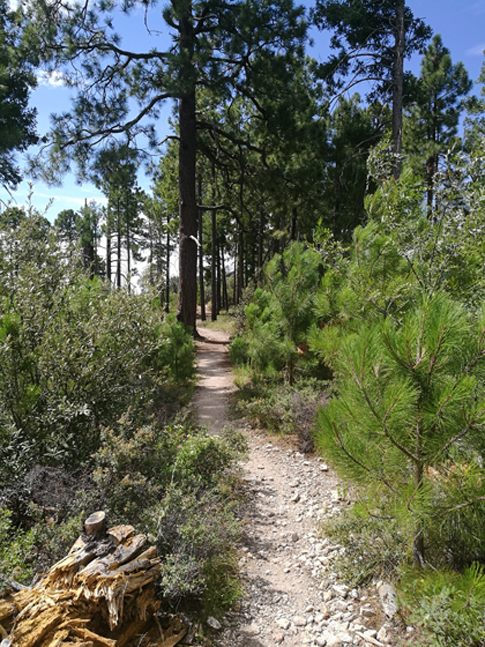 Saguaro National Park was a bit disappointing, the western area of the park especially. The eastern part has more to offer but with hindsight we could have saved the $15 entry fee. The lower slopes of Mt. Lemmon have plenty of areas of cactus as do the Superstition Mountains near Phoenix, especially beside the Peralta Trail near Phoenix. We did a 5 km. hike in Saguaro East along the Douglas Spring Trail, it was a nice hike with interesting plants and scenery but eventually the heat sent us back to the car. 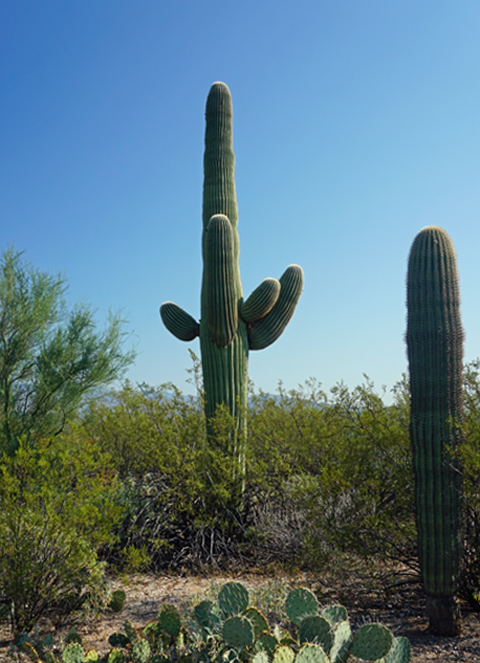 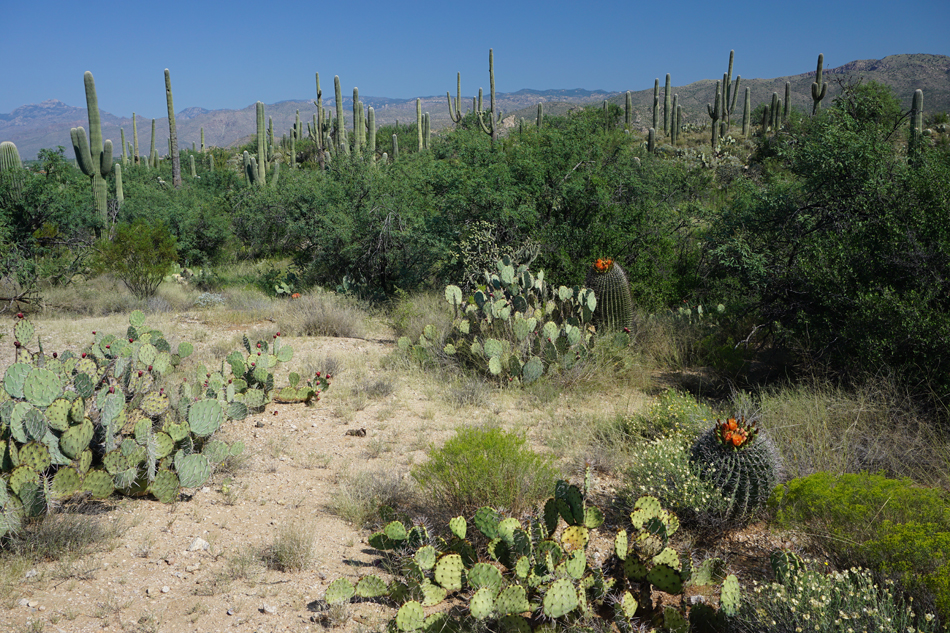 The Pima Air & Space Museum was very good, you could spend all day there and not see it all. The volunteers are friendly and very knowledgeable, in a few cases it was difficult to get away from them.

The Boneyard Tour was a disappointment, you are confined to a bus and the tour is rushed. You only see a very small section of the more than 7000 planes that are stored there and photography is difficult through the tinted windows of the bus. You would see more if you drove around the perimeter fences. The amount of money that the US has spent on the military is staggering, little wonder that basic infrastructure in that country is poor. The military machine is like a giant vacuum cleaner. 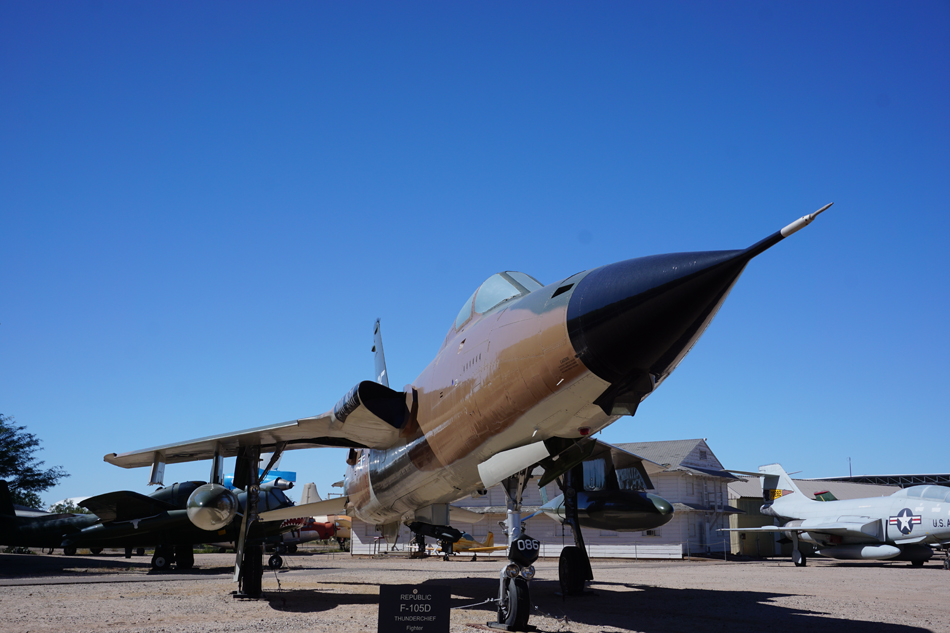 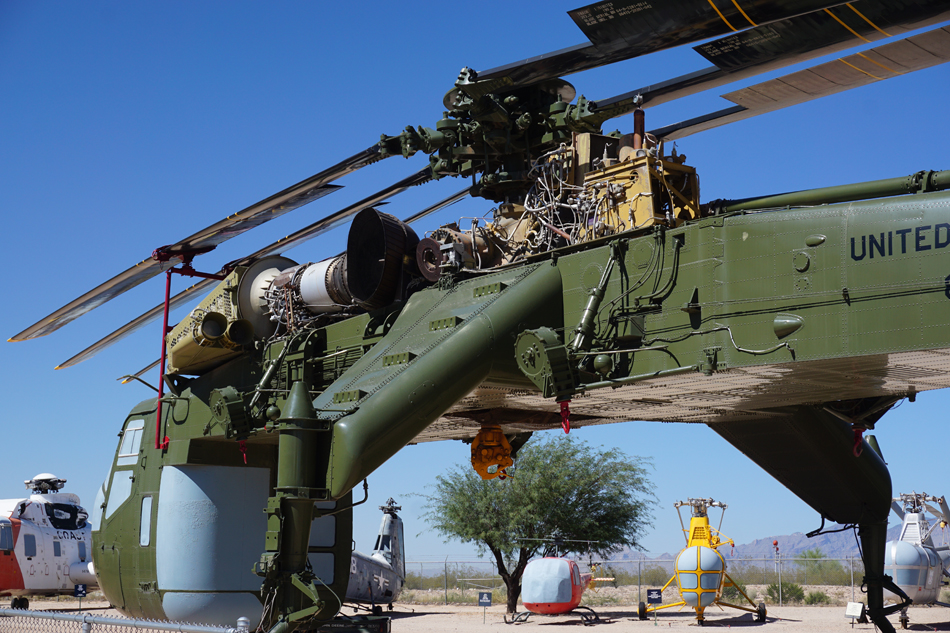